An International Conference -One Year after the Greek Uprising of 2008


Distinctive among all other forms of contentious politics, violent protest or —in derogatory terms— rioting evokes contradictory responses. Relatively easy to initiate (as it bears comparatively little logistic and organisational cost), violence is simultaneously the most visible and sensational variety of collective action as well as the most difficult to sustain. This is hardly a paradox. The literature detects a macro-historical trend towards declining violent forms pari passu with the aggrandisement of state coercive capacity and the emergence of ‘negotiated’ alternatives: brawls, vindictive attacks and rick burnings have been consistently giving way to petitions, peaceful demonstrations and negotiations.


Collective violence, however, persists and as of lately proliferates. The American and British urban riots of the 1990s and early 2000s, the French banlieue outburst of 2005, the Greek youth rebellion of December 2008 are all cases in point.


One full year after the Greek eruption of December 2008, this international conference —hosting leading scholars in the field from Europe and the US— approaches rioting from a comparative-theoretical perspective: posing theoretically informed questions and seeking theoretically consequential answers.

The topic is, of course, normatively and politically charged. Most accounts continue to perceive violent collective action through ideological lenses, approvingly idealising it or, more often, castigating it as notorious psychopathological dysfunction. Yet the most perspicacious research to date indicates that it is best understood as a function of the interaction between protesters and the coercive apparatus. Violence does not so much reflect materialisation of preset beliefs (ideas) or the play of autonomous motives, impulses or opportunity structures (behaviour) as the interaction of contenders and their institutional environment: relational interchanges involving both rational negotiation and strategic creativity.

Aspiring to understand the recent violent upsurge in its historical specificity and cross-national distinctiveness (in Greece, France, Britain and, time permitting, the U.S.), we aim at comparing and synthesising results from protest event analysis in different settings whilst also furthering theoretical debate —assessing, verifying or refuting extant theoretical approaches. Along those lines, the conference aspires to highlight a number of interrelated dimensions. 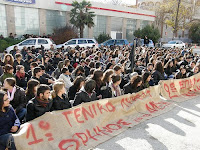 Identity/Main characteristics: What were the precise social and political characteristics of the recent eruptions and how do they compare with other historical occurrences? Following Tilly’s two-dimensional mapping of violent phenomena (along the extent of damage and the degree of c-oordination), what types do our cases belong to and which factors help explain variation? Is it possible to enhance this typology by incorporating additional dimensions such as the salience of political demands (and orientation) or the nature of pertinent categorical boundaries?

Structure and Conjuncture: In all the cases that interest us, a violent incident typically perpetrated by the coercive apparatus functioned as the triggering catalyst setting off a chain reaction. But what exactly have been its structural underpinnings? What has been the role, if any, of factors such as labour market precariousness; development of a new immigrant underclass; and the breakdown of traditional social and political solidarity networks? Furthermore: What of the patterned interaction between the police and ‘disorderly crowds’? Do recent riots merely reflect ‘accidents’ —momentary and  failings established preventive policing, or are we witnessing a more systematic regression to the aggressive tactics prevalent during the 1970s and 1980s?

Contentious Repertoires and Outcomes: Is it possible to say that the new riots bring about ‘contentious repertoire renewal’ and, if so, could that be modular? In what ways does strategic-instrumental action interact with expressive imperatives and which factors help explain variation within and between cases? How to assess the efficacy and effectiveness of different repertoires and how does violence relates to disruption and convention? 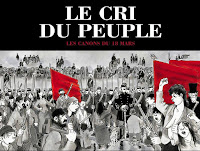 Framing Processes and Programmatic Discourse: How have the riots been dealt with by established political forces (parties, trade unions, other civil society groups) and how violent protesters have themselves framed their demands? Have the ontological narratives adopted been premised on some genuine frame transformation or have they (despite appearances) relied on traditional understandings? Has there been any work in the making and how does it relate to available programmatic political discourse?

Organisations: What were the organisational prerequisites and which were the results of the eruptions? Are there any pronounced organisational phenomena at work -appropriation, renewal, etc) and how do they illuminate extant theoretical debates such as, e.g., the contradistinction between hierarchical structures and de-centralisation or the relevance of different levels of organisational activation (at the level of formal institutions,  the point of contact with opponents, and as connective structures linking violent protesters with specific social milieux)? What has been the role of new technologies (internet, blogs, SMS messaging) and how did it blend with the overarching influence of more conventional media such the Press and television?

Transnational Diffusion: How did our national cases interact with the interna-tional environment and through which mechanisms was the influence diffused and/or transformed? Have there been any visible scale shifts and how have they influenced mainstream political discourse in the countries affected? Has violent protest had any tangible results, and how are we to assess it? Does violent action tell us something about the challenges and opportunities inherent in transnational collective action?

The conference will take place in Athens, at the Panteion University of Social and Political Science, in 9-11 December 2009. Please submit paper title and an abstract of no longer than 400 words by 15 October 2009 at ssefer@panteion.gr. All abstracts will be evaluated anonymously by the Conference Organising Committee. 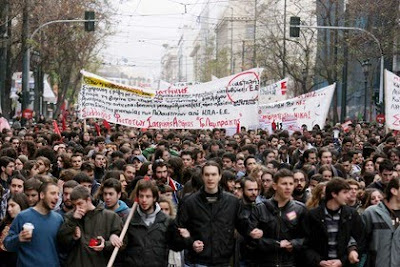 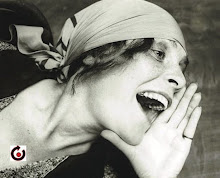 Profile
The Contentious Politics Circle is an interdisciplinary network of scholars, researching, theorising and writing about collective action and social movements. Composed of academics, recent PhDs and PhD candidates as well as interested graduate students, it is based at the Panteion University of Social and Political Science, Athens (Department of Politics & History) and is intimately connected with the Observatory of Collective Action (Department of Sociology, University of Crete), registering contentious events on a day-to-day basis. It operates a yearly seminar on the political sociology, culture and history of collective action, whilst also organising conferences and other special events. It co-operates actively with the Contentious Politics Working Group of the Committee on Political Sociology, International Political Science Association (IPSA) and International Sociological Association (ISA). Address all queries to Seraphim Seferiades (ssefer@panteion.gr) Loukia Kotronaki (kotronakiloukia@gmail.com) and )

Emergent supranational —‘multi-level’— governance structures, dense multipurpose transnational networks, and fading territoriality (even when contradicted by resurgent localism) combine to transform the environment within which contemporary collective action is undertaken. In the early 21st century, and contrary to what used to be the case only a few years ago, contentious claims and discourse (or framings) are transmissible almost instantaneously. Assessment of these developments, however, raises more questions than answers. Although categorical (and mutually contradictory —glowing or gloomy) verdicts are in no short supply, most scholars approach the new environment as a puzzle. As Charles Tilly put it in 2004,

[Will] the twenty-first century finally bring social movements to the long-dreamed culmination of People Power across the world? [Will] technologies of communication such as text-messaging mobile telephones … provide the means for activists and ordinary people to shift the tactical balance away from capitalists, military leaders, and corrupt politicians? Or, on the contrary, [is the recent upsurge in collective action] … merely … the last churning of popular politics in the wake of globalisation’s dreadnaught?

Seeking a holistic appraisal of contemporary circumstances in a historical perspective, this Research Group seeks to inspire original work —mainly (though not exclusively) within the booming Contentious Politics tradition— to explore topics such as:

What exactly characterises the ‘complex internationalism’ (Tarrow) brought about by —and reflected in— the operation of supranational institutions such as the WTO, the World Bank, and the EU; NGOs such as Human Rights Watch, Amnesty International and OXFAM; and incipient transnational contentious networks such as the World Social Forum, the PGA and ATTAC —engaged in coordinated international campaigns against international actors? Can we speak of a new political opportunity structure with a modicum of stability and, if so, how does it influence collective action and social movement prospects? Is the new balance of opportunities and threats likely to serve as a catalyst for the emergence of a new ‘global civil society’ or does it merely underscore proliferating democratic deficits? How do these developments combine with rising police repressiveness (especially after Genoa 2001)?

What sort of changes are social movement repertoires undergoing? Do they entail genuine transformations or are they merely epiphenomenal and transitory? What is the nature, prerequisites and dynamic of transnational contention (both as organizational practice and as vision beyond the nation-state) and how does it materialize in different global settings/ regions? Does it involve mimetic diffusion, creative domestication, or the imposing externalization of northern forms? How can we conceptualise contemporary contentious disruption, and how does it differ from violence and conventional collective action?

One lasting contribution of social movements literature has been hammering home that collective action entails, requires, and reflects ‘cognitive liberation’ (McAdam): overcoming conventional-apologetic readings of reality and the essentialism of the ‘inescapable present’. although social movements are principally characterized by the practical goals they uphold (democracy-deepening institutional reform), their experience cannot be reduced to its instrumental-utilitarian dimensions. In addition to being means, movements are also expressive ends, dense cultural outcomes. In the background of neo-liberal predominance, what sorts of cultural framings are likely to be effective in promoting alternative visions of the future? For example, does the movement against neo-liberal globalization lay the grounds for the re-emergence of cogent critical narratives, or is it just another fleeting glimmer in a meaningless world?

Recurrent impasses of traditional hierarchical structures (an appraisal intensified by the dramatic collapse of communism and the emergence of opaque, state-sponsored forms such as the ‘cartel parties’) have long spurred an agonising quest for alternatives: organising structures that would be based on loose, semi-autonomous networks at the grassroots level without this precluding leadership-level coordination and common action. How does the organisational landscape look like today, in the era of e-mail, SMS, and low-cost international networking? Do these means of communication help solve the organisational problem or do they merely recycle it by transforming its outer appearances? What about democracy as accountability: the view that ‘participatory decentralisation’ conceals arbitrariness that prepares the ground for murky compromise and incorporation? And what of policy content? Does present-day ideological polymorphism make a contribution to contentious dynamics or is it merely a reflection of political formlessness?

Aspiring equally to theory formation/adjudication and empirical documentation expected to illuminate a wide range of cases drawn from both the global north and the noticeably less known south, the Research Group will organise conferences, panels at international conferences and special events leading to publication in academic journals and edited volumes. It will also seek ways to build a global data bank of protest events open to scholars internationally, whilst also considering the possibility of starting a specialised journal.